Not hard to do. Check out my DriveThruRPG site, here. Thanks!

This is the cover for the new book, “The Book of the Kiss,” a system-agnostic sourcebook for romantic fantasy. Coming soon from DriveThruRPG and Sam Chupp Media! 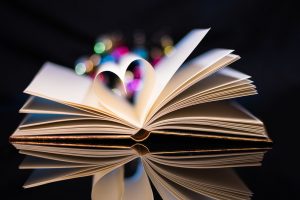 I am 90% done with this book. I need a few more editing passes, and to start layout. We are currently at 52,000 words! I have been wanting to write a romance sourcebook for fantasy for some time now.
This is partly because I love a good romance story, partly because I have had a lot of very wonderful roleplaying conducting romance stories, and partly because I haven’t seen a book quite like it out there.
Once again the goal is to make it system agnostic: you should be able to pick this book up and use it no matter what other system you’re using.
Finally, I am excited because I really get to focus on writing a supplement that takes into account the entirety of our human experience, being in bodies that love. Can you roleplay “Happily Ever After” with this sourcebook? Sure you can. You can also roleplay “Happy For Now”, and “Oh My Goodness, What Is This Thing We Have?”
You can be an assigned male at birth character (Oriellian fan held down) loving an assigned female at birth character (fan up) who gets married and follows the traditional relationship escalator *and* you can also be a non-binary (fan akimbo) triad who has adopted a sentient mountain as their foster child and who forms the center of a worldwide conspiracy. You can play people who love each other in ways no other people have.
I give players a chance to pick a kind of alignment for their romantic selves and to change that Heart alignment when it seems right for them.
I don’t leave out GMs, either: I give a lot of setting suggestions for GMs to work romantic storylines into their as-yet-non-romantic fantasy games: talking about coming of age, courtship, consummation.
No pun intended, this book is a labor of love. I’m hoping the book will find an audience, but ultimately it was a book I *had* to write to get at other ideas further on in the inspiration queue.
I will be releasing Libro Suavium: the book of the Kiss on May 1st, 2020, to be greeted by the Beltane fires!
(Special thanks to https://www.flickr.com/photos/theocrazzolara/39889902532/ for the Creative Commons photo)

DriveThruRPG is offering a Bundle sale. What is a Bundle? It is a collection of books. If you haven’t bought any of the books, you pay for the Bundle and get it. If you have bought some, you get a discount based on those books you have bought.

This is a great way for people round out their collection of Encryptopedia books!

Another entry in the burgeoning Fantasy Espionage sub-genre!

Evil Hat has released, “Pay What you Want”, the following supplement for Fate Core:

House of Bards focuses on the political side of intrigue and espionage. If you are interested in focusing on the shadowy world of Espionage in your House of Bards campaign, Encryptopedia will be an excellent supplement for House of Bards.

I have a history of responding to my audience. I like to talk back and to listen to what they have to say. If you are interested in helping influence the next work that I put together, please head over to my Google+ poll, or if you would rather vote here, or on my Facebook page, or over Twitter, feel free to do so!

My books are inclusive. I take some extra effort to make them so. Are they perfect? No. Are they going to hit you over the head with how inclusive they are? No. But they are.

Take for example, the characters in the latest book “The Forever Diamonds,” which came out yesterday. Of the 15 characters, 7 are female, 7 male, 1 is non-gendered. 9 are People of Color, 5 are White, and 1 is a reptile (very pretty color reptile though). Two of the men are lovers. A woman has a crush on her supervising officer, who is also a woman. There’s at least two asexual people. There are differing body styles – not everybody is “Body beautiful.” One of the men is disabled and has to wear a prosthetic arm and legs (I wish everyone could have magical limbs!).

But is it a big deal? No. I only bring it up as a point of interest.

I don’t need a medal. I don’t expect any cheers, or to be carried on the shoulders of the downtrodden. I am just this writer and I have written this book. That’s all.

I bring all of this up because it wasn’t hard to do. Didn’t take any extra time. So I encourage my other game designer and writer colleagues to pay attention. Next time, if you have a chance, try the inclusive way. It just makes sense.

It strikes me that privilege is an invisible thing to those who have it. I personally am not an expert in detecting it but I at least have a clue that it does exist and it does inform my thoughts and perceptions. And that I have to be careful lest it lead me astray. Having said that, I feel it is important to talk about my thoughts concerning certain recent changes on DriveThruRPG.

Lately this website where I sell my books have come under criticism for their handling of some unacceptable material they were selling for a publisher. There are those who think they should not be censored, that such material should be available to anyone who wants it.

I really don’t like censorship in general. I think that the censor’s baton is a bully’s weapon. In a Libertarian-ideal world, we wouldn’t need to worry about such things as censorship. But I don’t know where that world is, if it will ever exist. And I’m not sure I want to even live there. And, frankly, the fantasy of living in a situation such as that is just that – fantasy, and it is fantasy born out of privilege.

There are things I don’t want to see and rape is one of them. I have a life partner, I have children. I have friends and loves who have been targeted for sexual assault and abuse. To me, material that glorifies rape is unacceptable. I don’t want to see it. I won’t go looking for it. If I find it on a bookshelf in front of me, I steer clear of it, and that should not be difficult for me to do.

One of the biggest problems of censorship is deciding what needs to be censored and what does not. Deciding who gets censored and who does not. Another problem is that those who wish to pursue a campaign against a specific person or publisher can use censorial tools to do that.

Currently, Drive Thru RPG is saying that they will deal with works that are reported to them as needing review, and that in the end what it all boils down to is that they’ll know unacceptable when they see it. That CEO Steve Wieck will be the final arbiter. (I do not envy him this task.)

I signed a contract with DTRPG for 1 year of exclusivity, and that year is not up yet. Once that year is up, I have to wait 6 months to get out of the exclusivity agreement once the decision is made to do so. As a result, right now the books that I have been writing and releasing on DTRPG are going to stay in place. I keep my agreements.

As of now I am in a waiting mode. I believe that my contract comes up for renewal in January, so next July could see me splitting off and going my own way. If works that glorify rape remain. If the censorship program becomes a weapon in culture wars or other kinds of infighting. If the process isn’t clear and concise and specific and on the up and up. If consistency is not applied. If tone policing continues.

We’ll see. I am watching, waiting, taking notes. I’m listening to what others have to say. And I am getting back to the business of writing.

I have deadlines to make – and so does DTRPG.

The Pre-Order sale link for “The Forever Diamonds” is now available on DriveThruRPG.

Here is the preview trailer for my next book, The Forever Diamonds, which will be available for pre-order soon!

Today is the day I was born. Not a lot of people know this about me, but I was premature by several months. Had to stay in the hospital until September. I believe on some cellular level this taught me to really enjoy every moment of life as much as possible. I try to live in the moment, in the present, as much as possible.

People ask me: don’t you feel old? 48 years is a long time, but I really prefer it to the alternative!

I am very happy to receive the birthday wishes of folks on Facebook and beyond. If you would like to send me a present, just buy one of my books (I promise Forever Diamonds is nearing completion, should have it done before Dragon*Con.)* If have already bought one of my books, go over to DriveThruRPG and leave a review.

I want to personally thank my partner Tabitha for her support throughout the year, and the people in my life who have supported my writing: Skye, Melissa, Alan, CynKitty, Shelia, Robin, Caoimhe, Dave, and many others. Thank you very much! I can’t do this without you.

* Originally I said GenCon, but I meant Dragon*Con. GenCon is in 9 days!

Sam Chupp
Fiverr
Seller
A writer, game designer, roleplayer, podcaster, and father, Sam is an Origins Award winner. His writing has been included in over 40 RPG Gamebooks from publishers like White Wolf, Steve Jackson, and Holistic Design
↑ Back to the Top